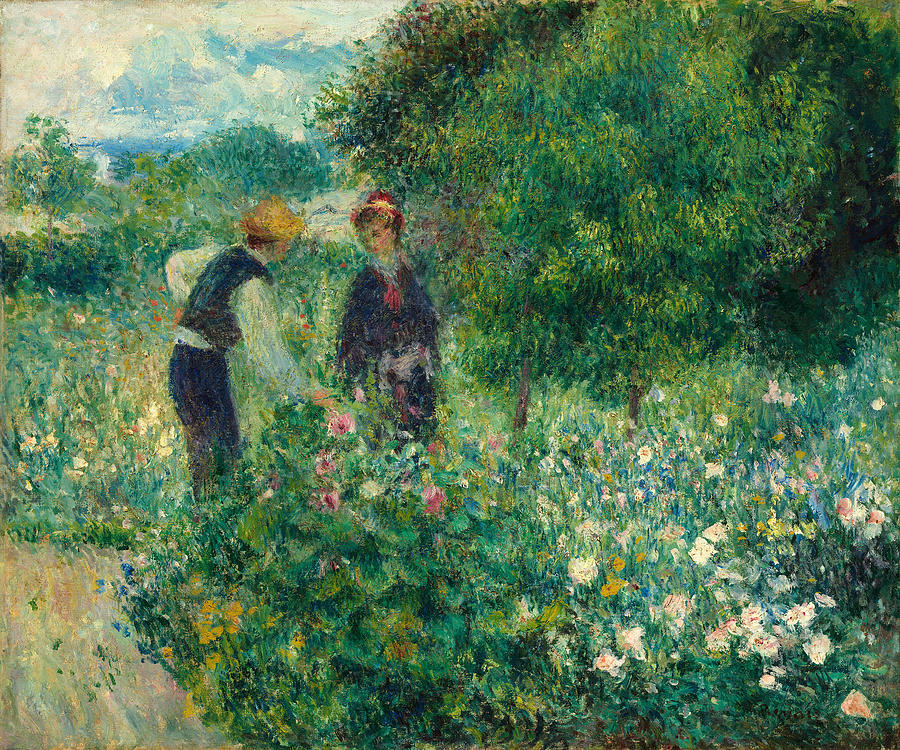 Pierre-Auguste Renoir, commonly known as Auguste Renoir (5 February 1841-3 December 1919), was a French artist who was a leading painter in the development of the Impressionist style. As a celebrator of beauty, and especially feminine sensuality, it has been said that "Renoir is the final representative of a tradition which runs directly from Rubens to Watteau."

Pierre-Auguste Renoir was born in Limoges, Haute-Vienne, France, the child of a working-class family. As a boy, he worked in a porcelain factory where his drawing talents led to his being chosen to paint designs on fine china. Before he enrolled in art school, he also painted hangings for overseas missionaries and decorations on fans. During those early years, he often visited the Louvre to study the French master painters.

In 1862, he began studying art under Charles Gleyre in Paris. There he met Alfred Sisley, Frédéric Bazille, and Claude Monet. At times, during the 1860s, he did not have enough money to buy paint. Renoir had his first success at the Salon of 1868 with his painting Lise with a Parasol (1867), which depicted Lise Tréhot, his lover at the time. Although Renoir first started exhibiting paintings at the Paris Salon in 1864, recognition was slow in coming, partly as a result of the turmoil of the Franco-Prussian War.

During the Paris Commune in 1871, while Renoir painted on the banks of the Seine River, some Communards thought he was a spy and were about to throw him into the river, when a leader of the Commune, Raoul Rigault, recognized Renoir as the man who had protected him on an earlier occasion.

In 1874, a ten-year friendship with Jules Le Cśur and his family ended, and Renoir lost not only the valuable support gained by the association, but also a generous welcome to stay on their property near Fontainebleau and its scenic forest. This loss of a favorite painting location resulted in a distinct change of subjects.