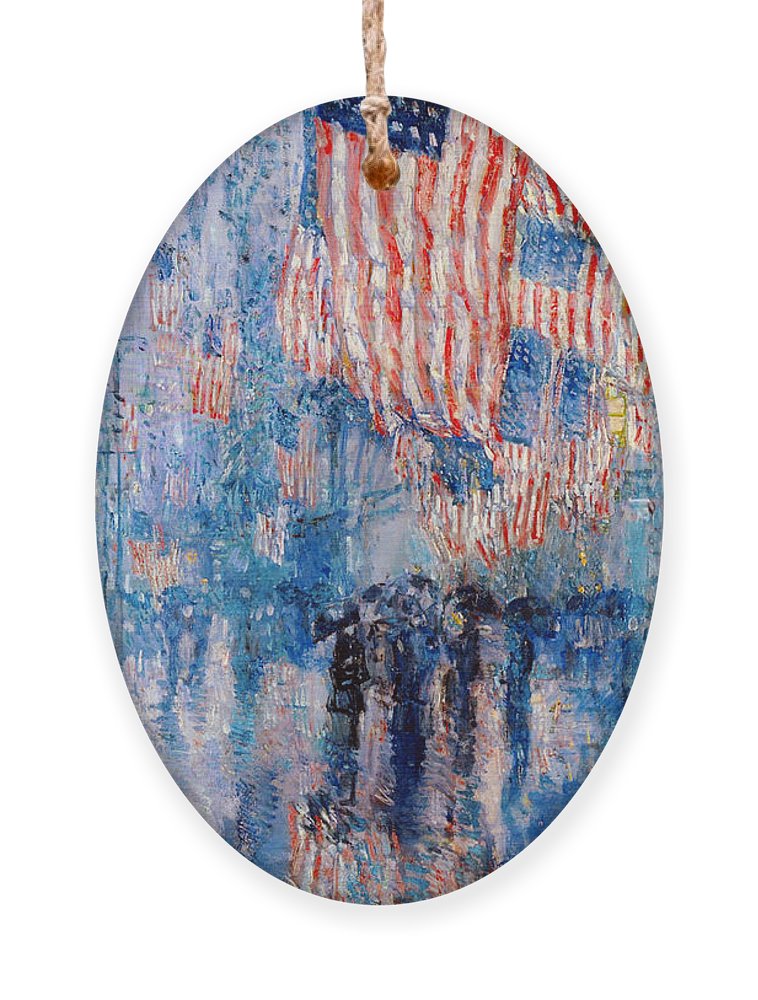 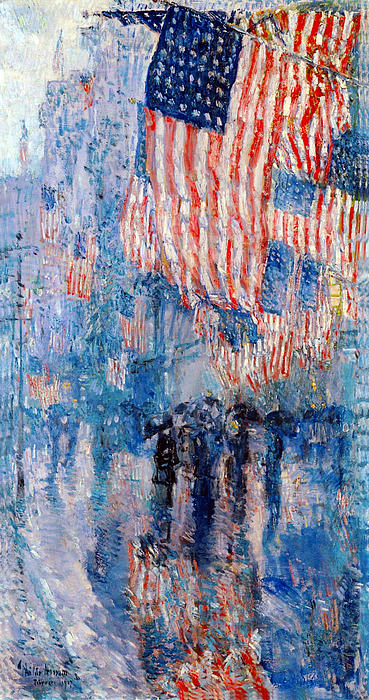 Boundary: Bleed area may not be visible.

Click and drag to re-position the image, if desired.

The Avenue In The Rain Ornament

The image is near the edges of the product but doesn't cover the entire product.   Some of the background color may appear around the outside edges of the image.

Our wooden holiday ornaments are 1/2" thick, approximately 4" tall, and include a string for easy hanging and a magnet on the back for use on refrigerators.   Ornaments are available in six different shapes, including: stars, hearts, bells, trees, ovals, and stockings.

The Avenue In The Rain by Frederick Childe Hassam... more

Gently clean with a damp cloth.

This is a dynamic piece, I like it a lot!

The Avenue In The Rain by Frederick Childe Hassam This painting hung in the Obama White House in the Oval Office. Frederick Childe Hassam (October 17, 1859 -August 27, 1935) was a prolific American Impressionist painter, noted for his urban and coastal scenes. Along with Mary Cassatt and John Henry Twachtman, Hassam was instrumental in promulgating Impressionism to American collectors, dealers, and museums. He produced over 3,000 paintings, watercolors, etchings, and lithographs over the course of his career, and was an influential American artist of the early 20th century.