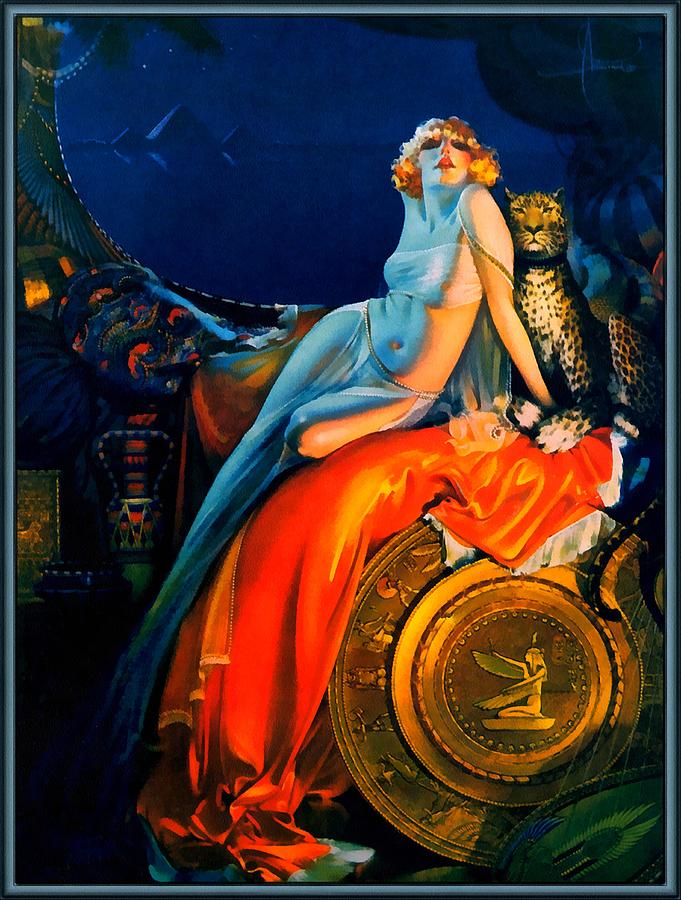 Beauty And The Beast Pin Up

Beauty And The Beast Pin Up

Rolf Armstrong was born in Bay City, Michigan on April 21, 1889 to Richard and Harriet (Scott) Armstrong. His father owned the Boy-Line Fire Boat Company, which included a line of passenger ships. Some were deployed in Chicago for use at the Chicago World's Fair there in 1893. However, the father's business and family were struggling, and the family homestead was lost to foreclosure. In 1899, the family moved to Detroit, Michigan.

Rolf's father died in 1903, and a year later he and his mother moved to Seattle, Washington, following the footsteps of his oldest brother, William, who had moved there a year earlier. By now Rolf's artistic interests were emerging to more than a part-time pleasure.

He moved to Chicago in 1908, where he later studied at the Art Institute. He then went on to New York, where he studied with Robert Henri.

After a trip to Paris in 1919 to study at the Académie Julian, he returned to New York and established a studio. In 1921 he went to Minneapolis to study calendar production at Brown & Bigelow.

During the 1920s and 1930s, his work appeared on many pieces of sheet music, as well as on the covers of many magazines. Many stars posed for his portraits, including Mary Pickford, Greta Garbo, and even Boris Karloff.

Armstrong's work for the Pictorial Review was largely responsible for that magazine achieving a circulation of more than two million by 1926. A year later, he was the best selling calendar artist at Brown & Bigelow. In 1930, RCA hired him to paint pin-ups to advertise their products, and in 1933 the Thomas D. Murphy Calendar Company signed him to produce a series of paintings for their line.

Rolf Armstrong died in 1960 on the island of Oahu, Hawaii as one of the best "pin-up" artists of the first half of the twentieth century.