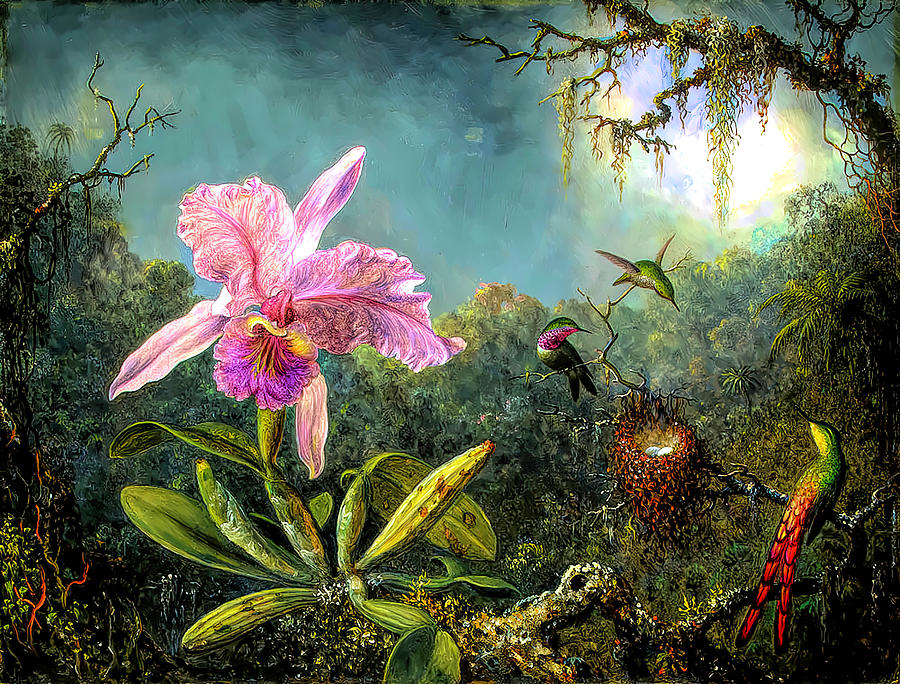 Martin Johnson Heade was an American painter known for his salt marsh landscapes, seascapes, and depictions of tropical birds (such as hummingbirds), as well as lotus blossoms and other still lifes.
His painting style and subject matter, while derived from the romanticism of the time, are regarded by art historians as a significant departure from those of his peers. Heade was born in Lumberville, Pennsylvania, the son of a storekeeper. He studied with Edward Hicks, and possibly with Thomas Hicks. His earliest works were produced during the 1840s and were chiefly portraits. He travelled to Europe several times as a young man, became an itinerant artist on American shores, and exhibited in Philadelphia in 1841 and New York in 1843.
Friendships with artists of the Hudson River School led to an interest in landscape art. In 1863, he planned to publish a volume of Brazilian hummingbirds and tropical flowers, but the project was eventually abandoned. He travelled to the tropics several times thereafter, and continued to paint birds and flowers.
His best known works are depictions of light and shadow upon the salt marshes of New England.

Thank you everyone for looking!

Beautiful work!! Congrats on your sale!!

Thank you very much buyer from Saint Paul, MN!